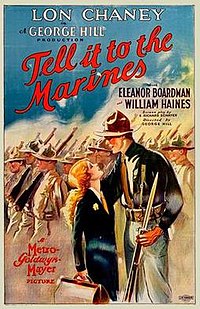 Sgt. O’Hara (Lon Chaney) is an upstanding officer in the United States Marines. A seasoned leader, O’Hara’s patience is tested by the new recruits in his ranks, most notably the trouble-making Pvt. George “Skeet” Burns (William Haines). As O’Hara struggles to keep Burns in line while stationed in the Philippines, the two vie for the affections of beautiful nurse Norma Dale (Eleanor Boardman). Adding to the drama is a conflict with thugs commanded by a Chinese warlord. 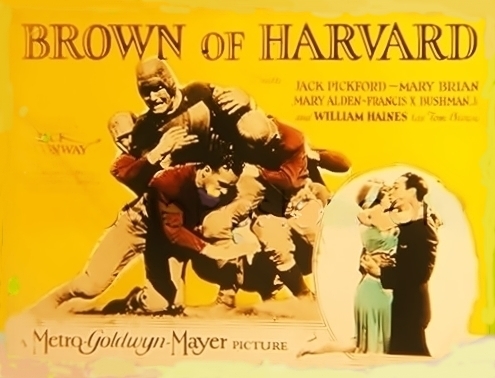 Tom Brown shows up at Harvard, confident and a bit arrogant. He becomes a rival of Bob McAndrew, not only in football and rowing crew, but also for the affections of Mary Abbott, a professor’s daughter. A tough slum girl, Annabelle ‘Little Annie’ Rooney (Mary Pickford), faces a crisis of the heart when the boy she loves (William Haines) is accused of shooting her cop father (Walter James).
Her brother (Gordon Griffith) stalks the accused slayer and finally shoots him down in the street.
Annabelle rushes to the hospital and offers her blood for a life-saving transfusion, even though she thinks she’ll die.