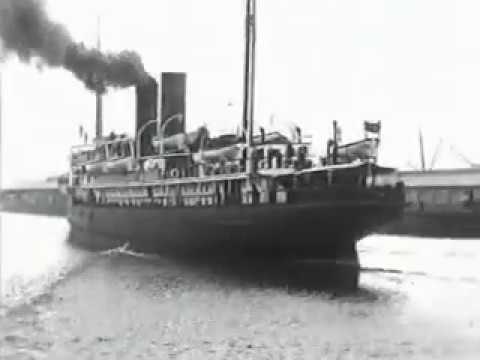 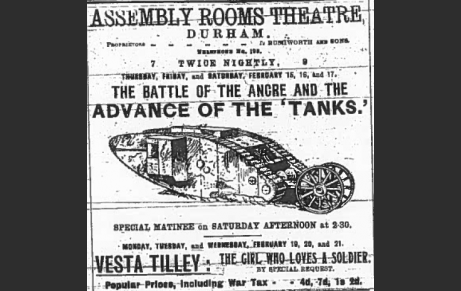 Object description
British operations in the Somme offensive between the Battle of Flers-Courcelette and the Battle of the Ancre, Western Front, September-November 1916.

Full description
(Reel 1) Material from various phases of the Somme offensive without regard for logical or chronological continuity. The film opens with the unloading of supply trains, and soldiers on the march to the battlefield, horses being used to carry 18-pounder shells to the guns in saddle-panniers as the mud is impassable for wheeled transport, and the first appearance of the tanks. Includes brief footage of black servicemen of the British West Indies Regiment amongst a team of men loading the train. (Reel 2) 18-pounder guns, 6-inch and 8-inch howitzers fire under the control of battery officers and forward observation officers. A sequence of “Irish troops” attacking Martinpuich is shown (fake ?). (Reel 3) The tanks and Highlanders take Martinpuich on 15 September. (Reel 4) Scenes of ruins and a field dressing station after the battle. A German colonel captured with his staff on 13th November. Men of 63rd (Royal Naval) Division rest after capturing Beaumont Hamel. (Reel 5) General views of the Ancre battlefield and troops cleaning up and resting in the aftermath. The final sequence is of silhouetted supply columns moving on up the road. Among the various units in the film, those which are identified are three tanks, HMLS ‘Oh I Say !’, HMLS ‘Daphne’ and HMLS ‘Dodo’, the Australian 1st and 2nd Divisions, Howe and Hawke Battalions from 63rd (Royal Naval) Division, 29th Division, and several Infantry regiments. These include 4th Battalion, the Worcestershire Regiment, 2nd Battalion, the Northamptonshire Regiment, 2nd Battalion, the West Yorkshire Regiment, 7th and 8th Battalions, the King’s Own Scottish Borderers, 13th Battalion, the Royal Scots, 11th Battalion, the Argyll and Sutherland Highlanders, 6th and 10th Battalions, the Cameron Highlanders, 8th and 9th Battalions, the Durham Light Infantry, the Essex Regiment and the Royal Welch Fusiliers

Ever wonder what London looked like over 100 years ago?

This is the oldest footage of London ever. Includes amazing old footage, plus modern shots of the same location today. Also features maps carefully researched to show where the camera was.
http://www.yestervid.com

As far as we know, a project of this nature and factual depth has never been undertaken.

We also love the feeling of seeing the horse drawn carts, people and old buildings. Nostalgia makes you reflect on your own life and leaves you with a sense of wonder because essentially, this is your story.

In March 2015, old footage was researched and collected from various credible sources. The original shots were then recreated by visiting sites across London. The footage was carefully matched up, arranged by location, dates and other facts were researched, maps and some great aerial photos were added, and it was finished off with a classy soundtrack.

Praise for ‘Oldest Footage of London’: