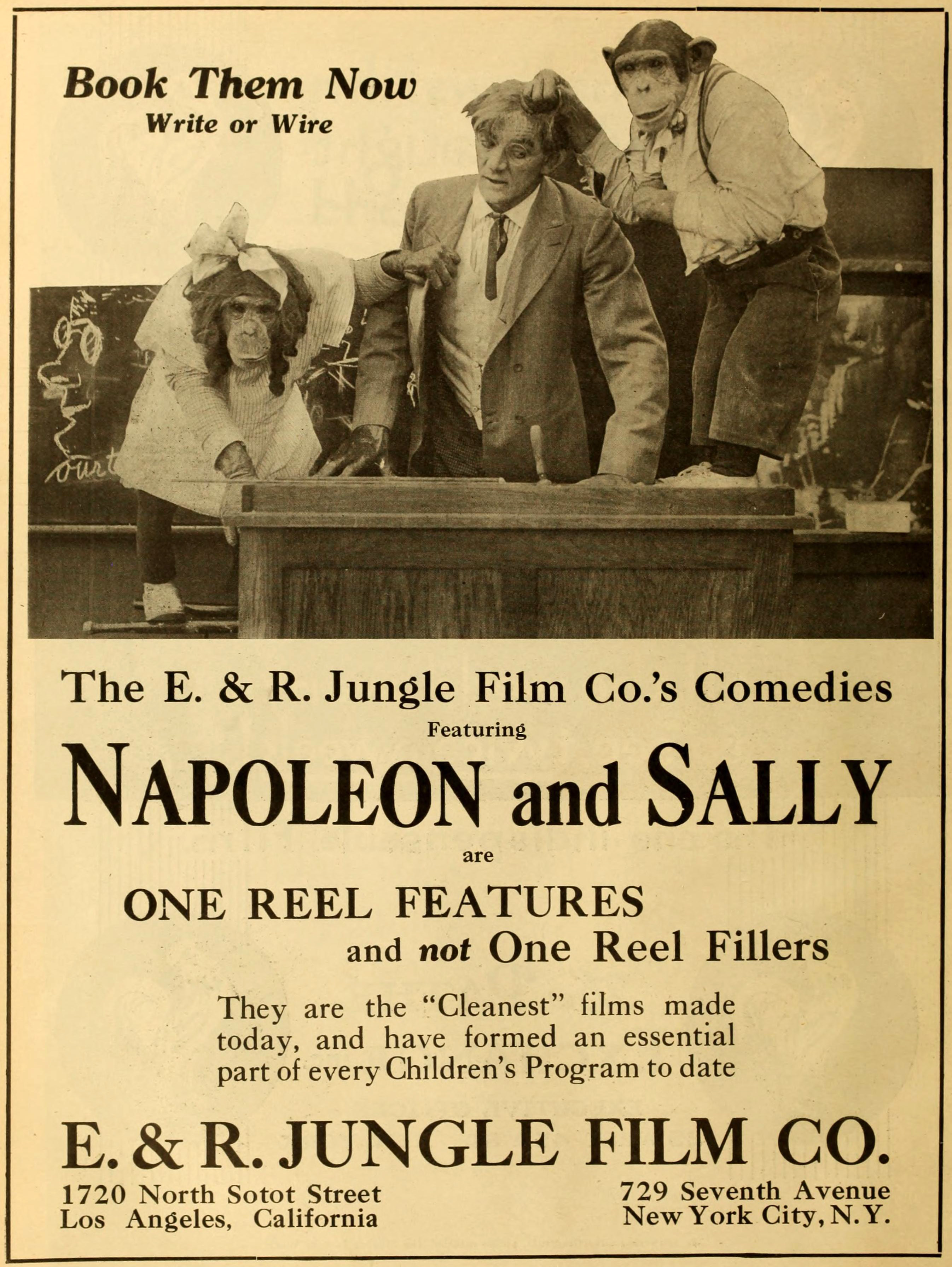 Synopsis:
Short animal comedy starring the chimpanzees Napoleon and Sally. Napoleon is called up to the army, and says goodbye to Sally, and to the people in the film studio. He leaves. But Sally quickly chases after him, and together they arrive at “Fort Skiddoo”. The chaotic army unit is composed of men in old-fashioned uniforms and a woman. The chimp Napoleon has to stand guard, and sees the enemy. He sounds the alarm. In a frantic battle, Sally is injured, and Napoleon ensures that the enemy retreats. Sally is carried inside, and she is hungry more than anything else.