Holiday-themed cartoons were a staple of the industry for many decades, particularly Hallowe’en, but Independence Day had a few — OLD GLORY, Chuck Jones’ first Porky Pig short was released on July 1, 1939, in time for the holiday. However, this is the oldest surviving and quite possibly the oldest Fourth of July cartoon produced.

For the era, it is pretty good. Bobby and his dog, Fido, let off some fireworks and Fido gets into a fight with a foul-mouthed parrot. It won’t strike modern viewers as particularly good, but given its era it is quite striking, with some good visual gags. Tom Stathes, who is doing so much to preserve and make available these rare early Bray cartoons, has posted this to Youtube ninety-five years after its premiere. It’s definitely worth a look for anyone interested in the history of animation…. by boblipton

And Quiet Flows the Don (original title Tikhiy Don) is a Soviet 1930 B&W movie based on the first part of the famous novel by Mikhail Sholokhov. It depict the fate of a Don Cossack family before and during the World War One.

An earnest presentation of Sholokhov’s novel in a silent film adaptation. Poor Aksinya, married to a brute of a husband, Stepan, seeks refuge in the arms of her lover, Gregory. Troubles arise when Stepan is apprised of her infidelity, but even more disconcerting is Gregory’s initial unwillingness to run away with her (‘What, and lose my land?’) Further complications ensue when Gregory is forced to marry Natalya who loves him despite her knowledge of his love for Aksinya. World War I intervenes, and Gregory is dispatched to the front where he gets a political education in the lack of justice in which landless peasants fight and die to protect the farms of the rich landowners. Scenes depicting Cossack troops putting down the revolutionaries in the 1905 uprising are included, as is a bittersweet finale in which tables are turned on the young lovers… by Steve Rigby

The movie has English subtitles

Also known as The Water Nymph or The Mermaid

Based on an opera by Dargomizhsky, and other sources: A prince and a miller’s daughter have been involved in a romance together, but now the prince tells her that he must break it off. After the prince leaves, the distraught young woman attempts to drown herself. When the prince’s wedding day arrives, he is tormented by her image, which appears wherever he goes. Eventually, he is compelled to return and to try to find out what happened to her, regardless of the consequences. Written by Snow Leopard

Mary Pickford gets to play an adult girl in this movie with a screenplay by her buddy, Frances Marion, who wrote child roles for her in “The Little Princess,” “Poor Little Rich Girl,” and other films. As in those movies, much of the emphasis here is on a contrast between the rich and the poor, with a sense that poverty and honesty are linked, as are wealth and decadence. 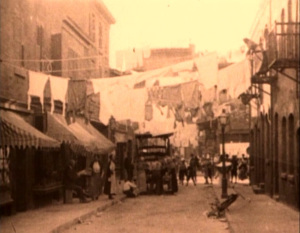 The movie begins, like many of the period, with an extensive introduction to the cast of characters. In addition to Mary in the title role of Amarilly Jenkins, we also meet her mother (Kate Price) and brothers, and her boyfriend, Terry (William Scott), who works as a bartender in a big nightclub in Clothes-Line Alley. On the “other side of the tracks,” are the Society people, represented by Mrs. Philips (Ida… 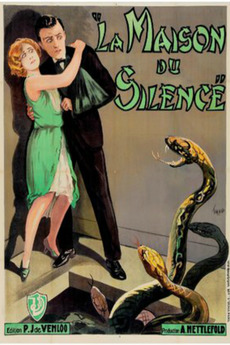 Evil criminal Chan Fu sets out to wreak revenge on the Winsford family for past offences in this creepy mystery directed by erstwhile silent comedian Walter Forde. This was a prestige British production for the period, with no expense spared on the lavish interiors of the old dark house and the flashback sequence in which Chinese junks sail down the River Thames (standing in for the Far East)
Director: Walter Forde
Screenplay: H. Fowler Mear
Production company: Walton Studios
Cinematography: Geoffrey Faithfull
Stars: Mabel Poulton, Gibb McLaughlin, Arthur Pusey

or if in UK  you can view on BFI player

Beware the ire of the sacred God Ammett, or any other of those Egyptian Gods for that matter. As a bellhop in a hotel, Hughey managed to get possession of a wonderful ruby, the eye of Ammet, and with its aid obtained an introduction to a millionaire and his beautiful daughter. But Hughey failed to remember that for every ruby or other gem stolen from an Egyptian shrine, there is a bearded sheik who has taken a vow never to eat, drink or sleep until the talisman has been returned to the irate God from whom it was stolen, and vengeance has been wrought on the guilty one. Just when Hughey is enjoying himself immensely at a fine little dinner with the fair damsel, his nemesis, the sheik, discovers him and a lively chase takes place. The sheik gets the ruby in his possession but Hughey regains it in jig time and the prospects are that the poor sheik will have some wait before he can look a square meal in the face again. 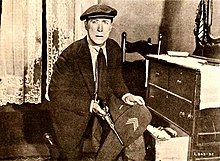 At the end of World War I, infamous safecracker Square Kelly returns home to San Francisco, weathered by the ravages of war. Accompanied by Jack Riley, the soldier with whom he served in the trenches, Kelly descends the ship’s plank to dockside, where he is greeted by Jack’s father, Lt. Riley of the San Francisco police department, and Jack’s sister Nora. Kelly then goes home to his aging mother, who informs him that his brother Jim and the rest of his old gang are waiting for him at Tierney’s Café, the criminals’ headquarters. As his mother eagerly recounts the gang’s plans, Kelly begins to experience doubts about his former way of life. Nevertheless, Kelly goes to the café, where he is welcomed by Tierney’s daughter Rose, a victim of her father’s abuse. As the gang tries to enlist Kelly in their future exploits, Jack discusses his friend’s reformation with his father, then calls to invite him for dinner. At dinner that night, Lt. Riley offers Kelly a job on the police force and a chance to go straight. Upon returning home, Kelly is torn between the Lieutenant’s offer and Jim’s entreaties to join him in a burglary planned for later that night. After agreeing to meet Jim and the rest of the gang in ten minutes, Kelly reflects upon the horrors of war and determines to relinquish his life of crime. When Kelly informs his mother of his decision, she denounces him as a coward and throws him out of the house. Outside the café, Kelly tells a relieved Rose that he plans to go straight, prompting her to warn him that her father will seek revenge. After Kelly announces that he is quitting the gang, Tierney challenges him to a fight and Kelly soundly thrashes him. To retaliate, Tierney decides to pit Jim against his brother. With Jim as his accomplice, Tierney breaks into a home on Kelly’s beat. When Kelly discovers them, Jim refuses to shoot at his brother and Tierney shoots Jim in the back, drops his gun, then flees. Feeling responsible for his brother’s death, Kelly visits his grieving mother and, after showing her the gun that killed Jim, proclaims that he is no longer acting as a cop, but as a man seeking vengeance for his brother’s murder. Finally forgiving her son, Mrs. Kelly identifies the gun as belonging to Tierney. At the tavern, Kelly confronts Tierney. After Tierney shoots and wounds Kelly, Kelly returns fire and kills him, and then declares that Tierney was resisting arrest. While convalescing with Rose at his side, Kelly is visited by his mother. Their reconciliation is made complete when Kelly informs her that he plans to marry Rose and she offers her blessings.