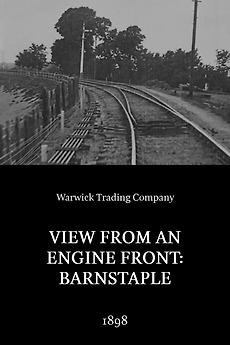 This careering ride through the Devon countryside to the seaside town of Ilfracombe can offer us some insights into the first years of film. “Phantom rides” such as this were very popular with audiences as the novelty of movement was what was so new about the cinema. Films were often shown as part of travelling fairgrounds, so the rollercoaster nature of the trip is no coincidence.

One thing to bear in mind whilst watching is that early film cameras were cranked by hand. So please spare a thought for the man clinging to the front of the steam engine to take you on your journey. All aboard! (Jez Stewart)

All titles on the BFI Films channel are preserved in the vast collections of the BFI National Archive. To find out more about the Archive visit http://www.bfi.org.uk/archive-collect&#8230;