Four animal musicians consisting of a Horse, Cat, Dog, & Rooster set out on their own quest to try to find some fame by playing their own music. Unfortunitly every where they go, trouble always occurs whether they are being chased by town folk, a sword fish, or being attacked by an army.

Eighty-five of the silent 50-second “actualities” made by the Lumieres between 1895 and 1897 have been mastered from original 35mm material and are presented here in this first ever authorized video presentation. An amazing journey through the birth of the motion picture. Narrated by film director and President of the Institut Lumiere Bertrand Tavernier (Coup de Torchon), with a piano score by Stuart Oderman.

Also known as Alcohol and Its Victims

A good old classic. As in the early days, a moral story on what happens to a man if he starts to drink and gamble. Yes! Drinking and gambling are bad for you! 🙂 Anyways, I enjoyed watching it, since it so well reflects one of the popular themes of cinema of the early days: the moral story. This movie also reminds you of, how it was like in those days, especially what it was like to be poor. Movies of this era are always worth seeing

Harry Barndollar, L.A. Times sketch artist and political cartoonist, came along for the visit, too.

One hundred years ago this week, Grace Kingsley took another trip to Charlie Chaplin’s studio to watch him at work. She happened to be there for when he was drinking tea and brainstorming a name for his next film. She recorded the scene:

All the name had to suggest was patriotism and fun, and drama and punch and a few other things like that. Of course, the christening wasn’t effected without a lot of skirmishing. Syd Chaplin must have his joke, for one thing.

“Call it The Bums of Berlin!” he suggested.

But Brer Charlie wasn’t going to have any low-comedy names, because his bright necklace of laughter is really strung on a stout little thread of seriousness.

The Fat Comedian, who is inclined to be sentimental, suggested it be called Hearts of Fate

“Motion Pictures From The Library of Congress Paper Print Collection 1894-1912”, University of California Press, p. 237 notes: “The title does not indicate that this a race”. That’s correct. There are sources, however, which indicate that the event filmed by Bitzer has been the 1904 Auto Race On Mt. Washington:

“Interestingly, at least three of the early Biograph movies were shot on Mt. Washington, or nearby. The earliest of the three, a short film by the Biograph Company, of the Fabyan House coach at the summit of Mt. Washington, apparently no longer exists, or if it does, its location is unknown.  It’s existence is known only from articles about it in ‘Among The Clouds’. However, copies of the other two exist…

A silent film from Argentina

A woman and her lover spend a season in the mountains to recover from the excesses of the dissipated life they lead in the city, but soon they return to their old ways and while he tries to seduce a countrywoman, she invites a mestizo to the bedroom. 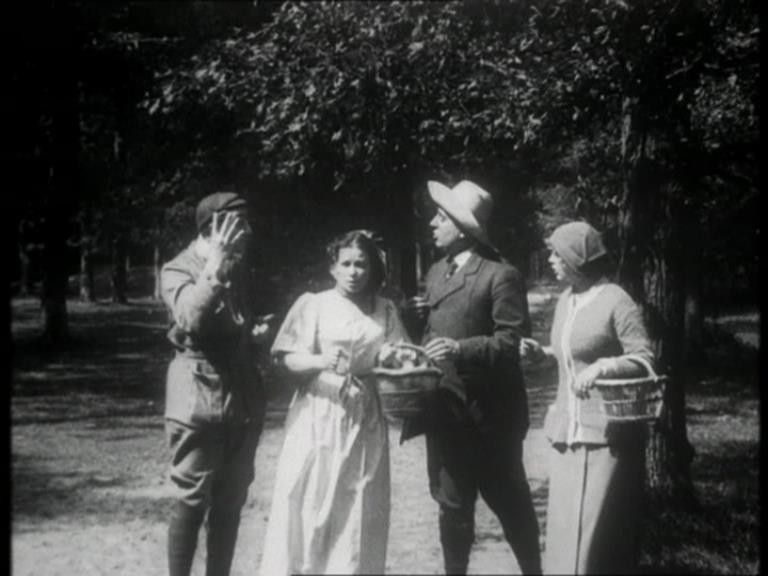