The gang is selling lemonade and hot dogs across the street from the big racetrack, where Sammyand Farina‘s father is a jockey, but since Mary‘s
father owns a horse, she can let the rest of the gang in for free. The
kids have so much fun at the track that they decide to mastermind their
own races with anything they can find to ride, which turns out to be
such noble steeds as a mule, a cow, a horse, two dogs, and a goat.
Nothing is overlooked in their kiddie race from the brass band
to the betting window (odds up to 1000 to 1). Mary’s father even offers
a five dollar purse to the winner. The only thing they miss is the
willingness of their pets to be ridden, and the race turns into a
marathon run with Farina
leading the way on his tricycle and winning! Unfortunately, the police
come to break up the play, and everyone now has something to be running
from instead of toward. This is episode 15, the last film of the serial, entitled “The End of the Trail”. What motivated the “Mystery Woman” to aid and protect Jack Hoxie? Will Paul Hurst be able to steal the gold? Will Jack Hoxie find the courage to propose to Ann Little? 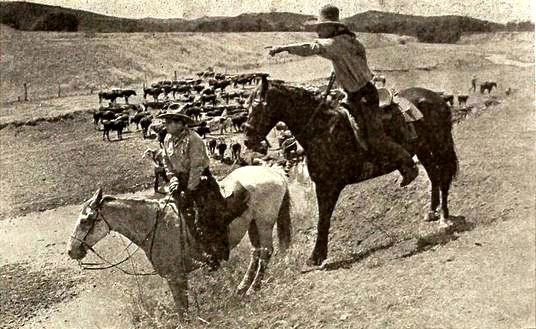 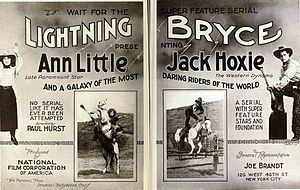 This is episode 14, entitled “Smothering Tides”. There is action, intrigue, and even a “Mystery Woman”. Stay tuned, 1 more episode is coming.