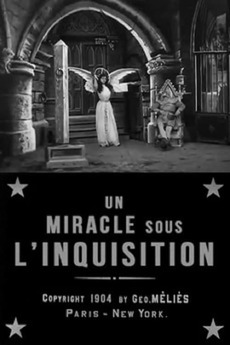 The first film adaptation of Washington Irving’s “Rip Van Winkle”, a short story about a man who awakes after a 20 year long sleep to a huge white beard on his face and a much changed world. In this footage, Joseph Jefferson, the actor most associated with the character on the 19th century stage, makes a series of short films recreating scenes from his stage adaptation.

This film is important in that it captures the work of Joseph Jefferson III, a significant comic in the American stage of the 19th century. Rip Van Winkle is the role most associated with him; he debuted it in 1859 in Washington and played it for 40 years.
He was also a teacher to actor James O’Neill, the father of playwright Eugene O’Neill.

A man who is used to depending on his mother to solve his financial debts becomes involved with the daughter of a lender.

what’s fascinating about Temptations of the Great City is how well it’s structured. August Blom shows he was among Denmark’s first great directors with how he stages a basic story and makes it work so well. The acting deserves credit too. Valdemar Psilander puts on a comfortable and down to earth performance. No wonder he was such a big star in his native country. While it might not be the most remarkable movie one will ever watch, appreciate the time it was made and how well they made it considering the limited experimentation there had been on movies at such length.
Director: August Blom