Also known as The Haunted House in the United Kingdom; Help! in the USA

Well, this was a treat. A Max Linder comedy-horror short about a man who takes a bet that he can’t spend the night in a haunted house. Typical stuff, right? Well, it is, sort of, until it takes a quite bizarre turn
Initial release: June 17, 1924
Director: Abel Gance
Producer: Abel Gance
Written by: Max Linder, Abel Gance
Cinematography: Émile Pierre, Georges Specht

Also known as the The Devil’s Pawn

Pola Negri plays Lea, a bright adolescent girl who lives in the Jewish ghetto of Warsaw with her ill father. She loves to read, and intends to study medicine at a university in St. Petersburg in the hopes of making her father well again. Her father dies suddenly and her tutor, Ossip Storki, is called away to work for the governor. When she goes to Russia, she learns that Jewish women are only allowed to work as sex workers with the benefit of a “yellow passport”, otherwise they will be taken to prison. She applies for a yellow passport and takes up residency at a brothel. Upon finding the identification papers of her tutor’s deceased sister Sophie in a book her tutor gave her, Lea applies to the University with the deceased sister’s identification papers and is accepted. So begins an unhappy life of studying by day and receiving scholastic honors, while reluctantly working as a party girl at night. Her fellow students, including a boy named Dimitri who is in love with her, then find her out. Dimitri in particular is crushed to learn of Lea’s double life. Lea realizes that this will be the end of her scholastic career, and attempts suicide.

Dimitri goes to their professor, Peter Zukowski, to tell him of Lea’s double life. Prof. Zukowski then ruminates over his own double life, having fathered an illegitimate child 19 years prior with a fellow student named Lydia. He does not know what became of either Lydia or the child. Meanwhile, Lea’s former tutor Storki learns that his deceased sister has allegedly received a gold medal for her studies at the University in St. Petersburg. Storki is suspicious and asks for a leave of absence from his work to investigate the matter. A meeting between Stroki and Prof. Zukowski reveals that Lea is actually the professor’s long lost daughter. The next day, Lea is brought to the University for an emergency operation. The professor learns on the spot this it is Lea, his daughter, that he has to save from death. The surgery is successful, and Lea recovers, with both her father and her admirer Dimitri at her side. 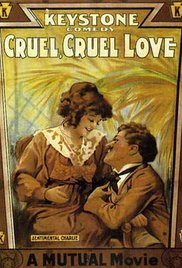 Cruel, Cruel Love is a 1914 American comedy silent film made at the Keystone Studios and starring Charlie Chaplin. Wikipedia 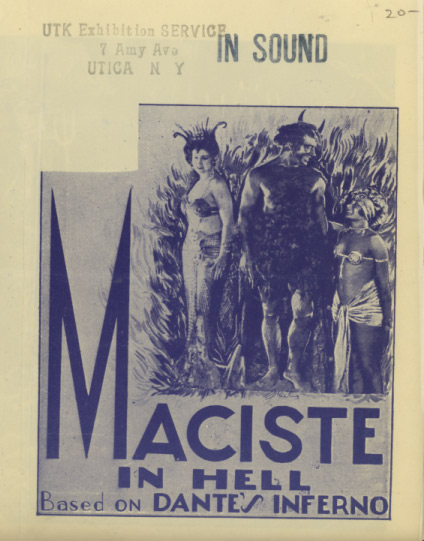 Federico Fellini claimed that Maciste all’inferno (1926) was the first movie he remembered seeing as a child. His 1954 film La Strada features a brutish strongman performer.

The devil takes Maciste down to hell in an attempt to corrupt and ruin his morality.

with music by Gojira